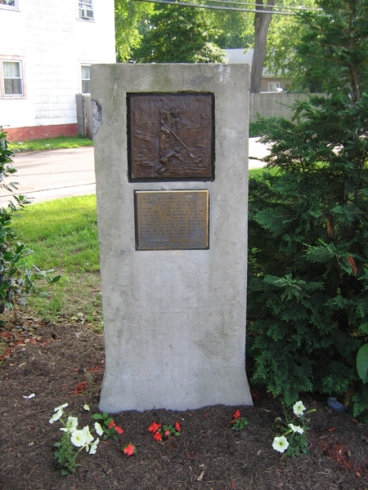 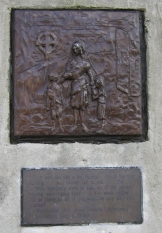 Inscriptions
(1)
Irish misery forms a type by itself, of which / neither the model nor the imitation can be / found anywhere else. In all countries…paupers / may be discovered, but an entire nation of / paupers is what never was seen until it was / shown in Ireland. To explain the social condition / of such a country, it would be only necessary to / recount its miseries and its sufferings; the history / of the poor is the history of Ireland. / – Gustave de Beaumont, / Ireland: Social, Political, and Religious

(2)
…It may be thought that the immolation of so / many wretched starvelings was rather a benefit / than a loss to the world. It may be so. Yet – / untutored, degraded, famished and plague – / stricken as the were; I assert that there was / more true heroism , more faith, more forgiveness / to their enemies, and submission to the Divine / Will, exemplified in these victims, than could be / found in ten times the number of their oppressors / – Robert Whyte, / The Ocean Plaque

(3)
The chief source whence the means at our / disposal were derived was the munificent bounty / of the citizens of the United States. The supplies / sent from America to Ireland were on a scale / unparalleled in history. / – Transactions of the Central Relief Committee / of the Society of Friends during the Famine / in Ireland in 1846 and 1847

(4)
…It was just like a big funeral…and the last / parting…was indeed sad to see…The / parents especially were so sad, as if the person / leaving were really dead….You would rather / not be there at all if you would be any way soft / yourself. / – Manuscript 1411, Irish Folklore Department, / University College, Dublin

(5)
In a very short time there was nothing but / stillness, a mournful silence in the villages, in / the cottages grim poverty and emaciated / faces….The tinkers…fled to the cities, the musicians…disappeared and…never / returned. Many of the residents too made their / escape at once, finding employment or early / graves elsewhere….There were no more / friendly meetings at the neighbors’ houses in the / afternoons, no gatherings on the hillsides on / Sundays, no song, no merry laugh of the / maidens. Not only were the human beings silent / and lonely, but the brute creation also, for not / even the bark of a dog, or the crowing of a / cock was to be heard…./ – Hugh Dorian, “Donegal 60 Years Ago”