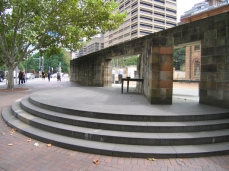 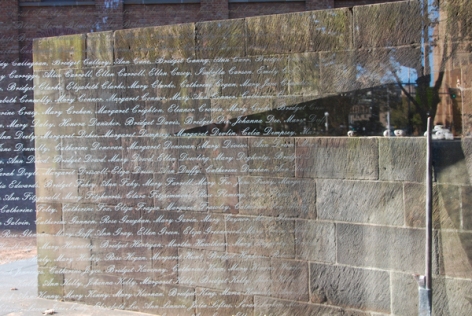 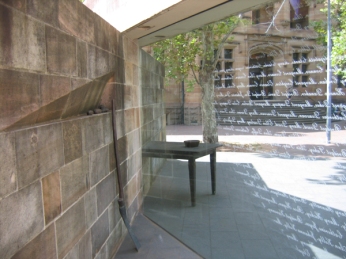 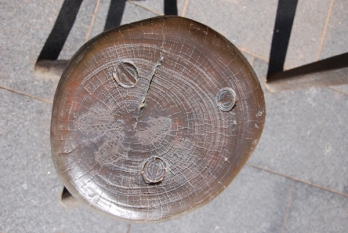 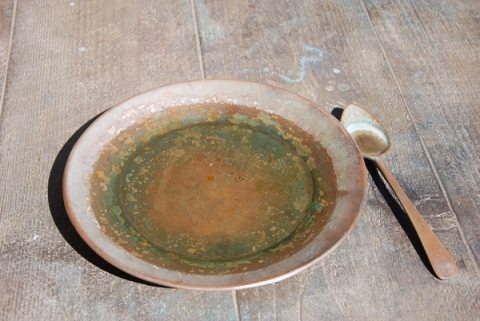 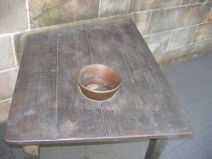 Inscriptions
Dedication: an gorta mór / 1845-1848
This monument commemorating / the 150th Anniversary of The Great Irish Famine / was inaugurated by Mary McAleese, President of Ireland / on the 2nd of September, 1998 / & / unveiled by His Excellency the Honourable Sir William Deane, AC KBE / Governor-General of the Commonwealth of Australia, / on the 28th August 1999./ The monument was commissioned by the Historic Houses Trust of New South Wales / on behalf of the great Irish Famine Commemoration Committee & financed by / significant contributions from: / The Commonwealth of Australia, The Republic of Ireland / The Government of New South Wales, The City of Sydney, The Land Titles Office / As well as contributions from Irish clubs, associations, societies, corporate bodies / & individuals throughout Australia & overseas. / Artists: Hossein & Angela Valamanesh / Bronze Casting: Peter DeGaris Fine Art Services, Melbourne / Builder: The NSW Department of Public Works and Services / Project Managers: Tonkin & Zulaikha Architects, Sydney / Architects: Phillips & Pilkington, Adelaide / Sound: Paul Carter

Plaque: An Leacht cuimhneacháin Astrálach i gcomóradh / an Ghorta Mhóir i n-Éirinn / The Australian Monument / To the Great Irish Famine / Hyde Park Barracks, built in 1817-1819 to house male convicts, / was adapted in 1848 as an Immigration Depot for unaccompanied / female migrants. Many of these women and girls were refugees from the / Great Irish Famine of 1845-1848. This monument is a memorial to the / Famine and a celebration of the Irish contribution to Australia. / Artists Hossein & Angela Valamanesh. 1999